Back to Marquee Projects

Phase 1 of the trial involved technical planning and consultation sessions between CUTRIC’s transit, industry, and academic members. In April 2021, Phase 1 culminated in the launch of a feasibility study of fleet electrification using FCEBs at Mississauga Transit (MiWay).

Phase 2 of the trial involves putting FCEBs into service on Canadian roads. As part of the second and subsequent phases of the trial, Original Equipment Manufacturers (OEMs), FCEB assembly companies, and low-emissions hydrogen suppliers from Canada are working with interested transit agencies and academic researchers to achieve the following: 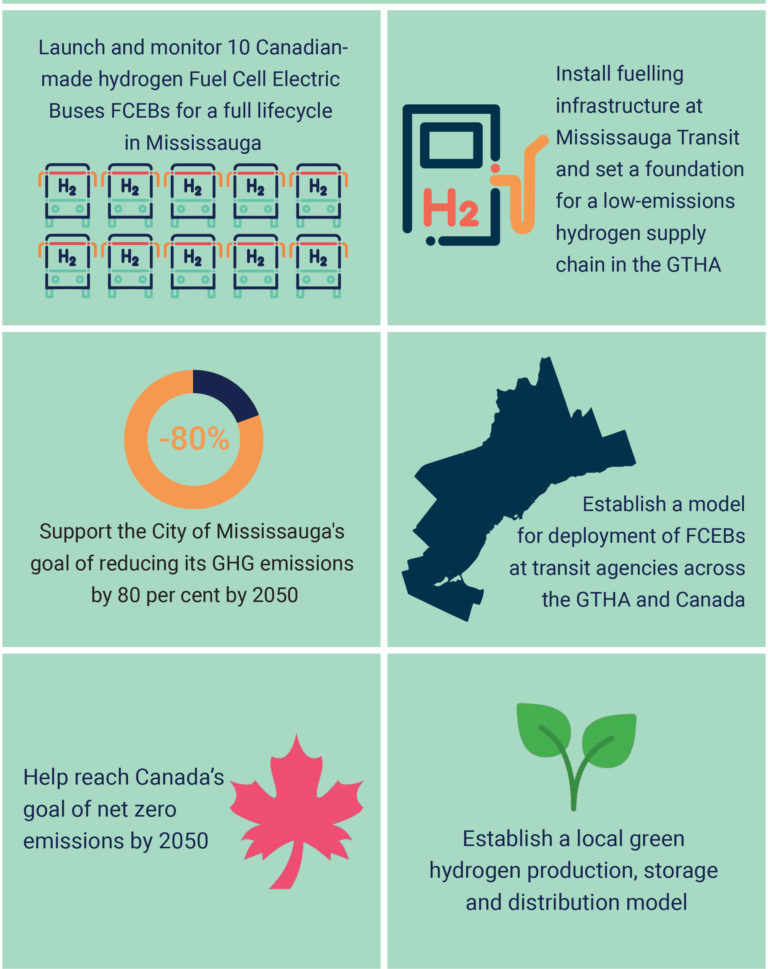