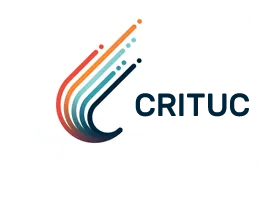 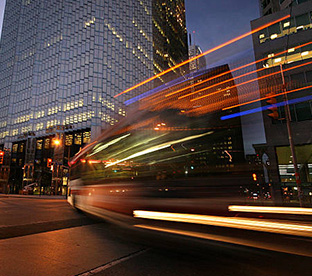 With less than two weeks to go until election day, here’s all you need to know on where the parties stand on climate change and environmental policy. CUTRIC is working with Crestview Strategy to maximize the opportunities presented in each party’s platform and position our members well for engagement with the 43rd Parliament.

This election, climate change is the issue on voters’ minds – a recent Ipsos poll found that 29% of Canadians view climate change as among the top 3 issues in determining how they’ll vote. Accordingly, each of the federal parties have presented environmental plans which put climate change action front and centre. Although each party has proposed a different response, significant opportunity exists regardless of who earns the most seats on October 21st. Below is a summary of the key commitments from each of the parties.

CUTRIC is currently working with Crestview Strategy to navigate the new federal political landscape, mitigate risk, and maximize opportunities for our members.

Net Zero emissions by 2050: Ensure national emissions are completely offset by other actions that remove carbon from the atmosphere.

Cut corporate taxes in half for clean tech: Halve the corporate tax rate for businesses that develop technologies or manufacture products that have zero emissions.

Investing Trans Mountain profits: All profits will be invested in either clean energy projects to power homes, businesses and communities or into natural climate solutions.

Clean Power Fund: Establish a new $5-billion fund through existing Infrastructure Bank funds to support the development of new clean electricity generation and transmission systems; electrification of industries, including resource and manufacturing sectors; and transition Norther, remote and Indigenous communities off of diesel.

Greening Government Initiative: Require federal buildings to be powered completely by clean electricity by 2020, accelerating, by 3 years, the previous 2025 goal.

Green Investment Standards: Set emissions standards for major emitters and require those companies to reduce their emissions to those limits. Those that emit more will be required to invest a set amount for every tonne of GHG emitted above the limit in research, development and adoption of emissions-reducing technology with the greatest potential to reduce emissions and offer a return on investment.

National Energy Corridor: Establish a single coast-to-coast corridor to expand the number of critical projects that are built and increase investor certainty.

Greening the Grid: Invest in smart grid technology and renewable power while being mindful of cost. Pursuing grid connection for Northern and remote communities and strategic provincial interconnections either project-by-project or through a National Energy Corridor.

Canadian Climate Bank: Aimed at boosting investment in renewable energy, energy efficiency and low carbon technology. In addition, it will support grid interconnection and smart grid technology. There will be an emphasis on community-owned and operated clean energy projects.

Greening Government: Ensure that federal buildings use renewable energy and transition to ZEV fleets by 2025.

Transitioning to a Green Economy: Powered by renewable energy and measures well-being, rather than GDP, as a sign of progress.

Carbon pricing: Maintain a broad-based, revenue neutral carbon price on all sources of CO2 pollution with revenues to be returned to Canadians as a dividend.

No new projects: No new pipelines, or coal, oil or gas drilling or mining, including offshore wells, will be approved. Cancel TMX to redistribute the funding.

Pan-Canadian Energy Strategy: Moves toward a carbon-free energy system by 2050 by phasing out bitumen production for fuels by 2030-35, reduces energy demand across all sectors by 50% and secures Canadian energy security throughout the transition.

National Electrical Grid Strategy: 100% of electricity will come from renewables by 2030 and enable inter-provincial transmission interties. Building connections between Manitoba and western Ontario, as well as New Brunswick and Nova Scotia.

Green Equalization: A fiscal reform that remodels the carbon pricing and equalization regime to tax polluting provinces above the national emissions per person average to redistribute to those that have invested in the transition.

Zero emissions law: Establish a law to increase ZEV uptake, 50% of the national total are already sold in Quebec, requiring each manufacturer to sell a minimum number of ZEVs.

Transport Electrification: Increase vehicle electrification for all federal fleet vehicles and expand rebates to promote the uptake of commercial ZEVs.