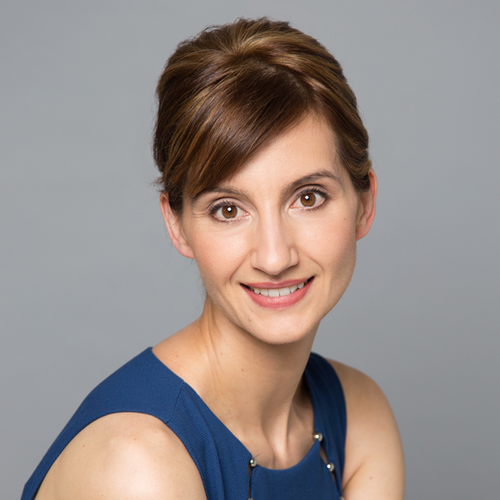 Josipa Petrunic is the President and CEO of CUTRIC. She is leading the formulation of several national transportation technology trials related to zero-emissions transportation and “smart vehicles” innovation, including the Pan-Canadian Electric Bus Demonstration & Integration Trial, the Pan-Canadian Hydrogen Fuel Cell Demonstration & Integration Trial, and the National Smart Vehicle Demonstration Project. Dr. Petrunic has built up CUTRIC’s consortium to include more than 100 private and public sector companies and organizations across Canada. Previously, she served as the lead researcher in electric vehicle policy studies at McMaster University, and as a senior research fellow in the history and philosophy of mathematics at University College London (UCL) in the United Kingdom in Science and Technology Studies. Dr. Petrunic continues to lecture in Globalization Studies at McMaster University. She currently sits on the Board of the Women’s Transportation Seminar (WTS) Foundation and Women’s Transportation Seminar – Toronto (WTS Toronto).  In 2018, she was named as one of Canada’s a Top 40 Under 40 by Bloomberg News and Canada’s Top Clean 50. In 2019, she was named Aspioneer Top 10 Influential Women Leaders. 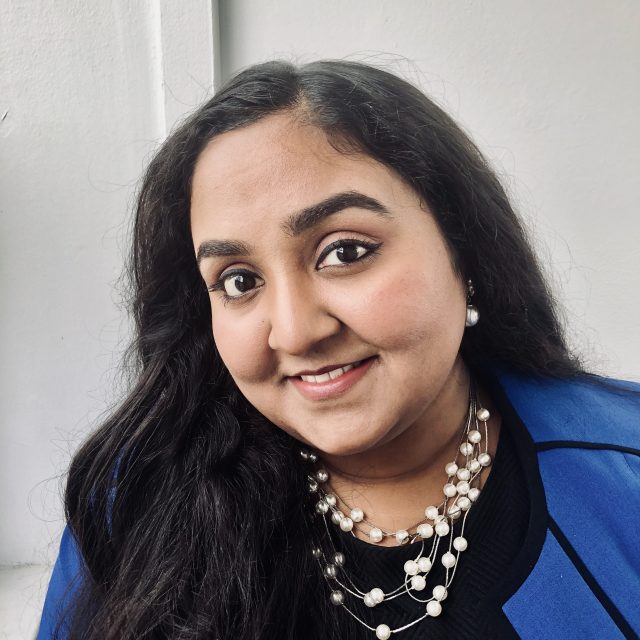 Parvathy Pillai works as the Project Manager: ZEB Simulation & Commercialization at CUTRIC, based in the Toronto office. In this role, Parvathy manages a diverse portfolio of zero-emission bus simulation projects and research studies that CUTRIC leads in Canada and the U.S. Parvathy also supports the organizational project management of CUTRIC.

Parvathy is a certified project management professional (PMP®) and holds the Certified Associate in Project Management (CAPM®) designation from PMI. Prior to CUTRIC, Parvathy has worked in project management, environmental consulting, quality control, research, teaching and knowledge translation at various organizations. Parvathy earned her Master of Science from McMaster University, following her undergraduate studies in Chemistry and Life Sciences. 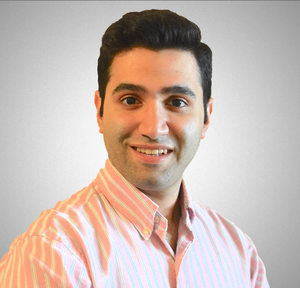 Shervin Bakhtiari is the Team Lead: ZEB Simulation & Research with CUTRIC in eastern Canada based in Montreal. As a member of the modelling team, he is responsible for geospatial data analysis to assess the potentials of bus network electrification. He also examines the development of RoutΣ.i ™ modelling tool for potential opportunities regarding the automatization and optimization of the modelling process.

His greatest interest lies in transportation planning and network analyses with the aim to bring sustainability and GHG emission reduction to public transportation. Shervin holds a Bachelor’s degree in Urban Planning from Concordia University and an Advanced Diploma in Architecture from Box Hill Institute, Australia. 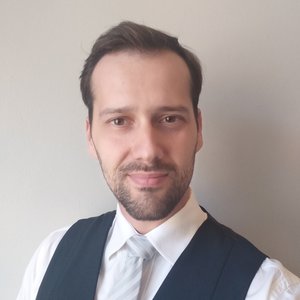 Roberto Batista Sardenberg previously worked with electrical measurement techniques in order to retrieve microscopic information on electrochemical cells and nano-structured samples. His research interests include the electrical characterization, modelling and simulation of electrical devices, sensors, and electrochemical cells. He contributed with the development of the measurement theory of Impedances by investigating constrains imposed on measured data by physical principles such as causality relations. 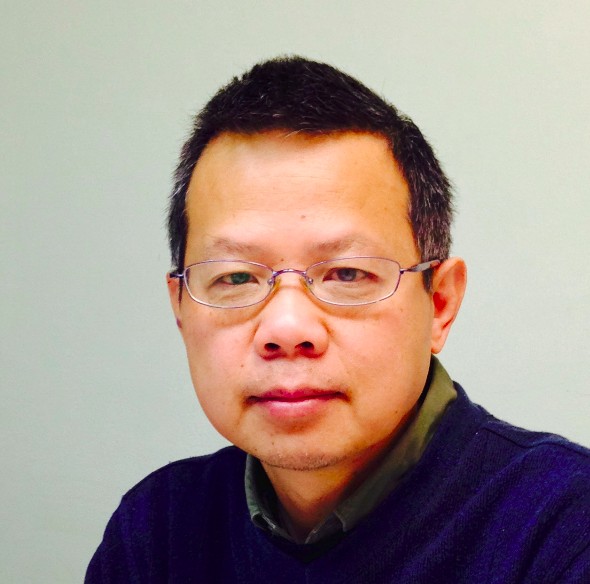 With industry experience of over 18 years, Charles Li is the principal engineering analyst at marpoleSim. His area of expertise is computer modelling for engineering problems such as heat transfer, fluid dynamics and mechanical structural integrity and failure. From 1998 to 2017, he worked as a CFD scientist & engineering analyst at Westport Fuel System Inc. in Canada. From 1995 to 1998, he was research associate and research assistant in University of Wisconsin-Madison and Hong Kong Polytechnic University. And, from 1993 to 1996, he taught as associate professor in Xi’an Jiaotong University. Charles has a PhD degree in engineering and a B.Sc. degree in mathematics from Xi’an Jiaotong University, China. 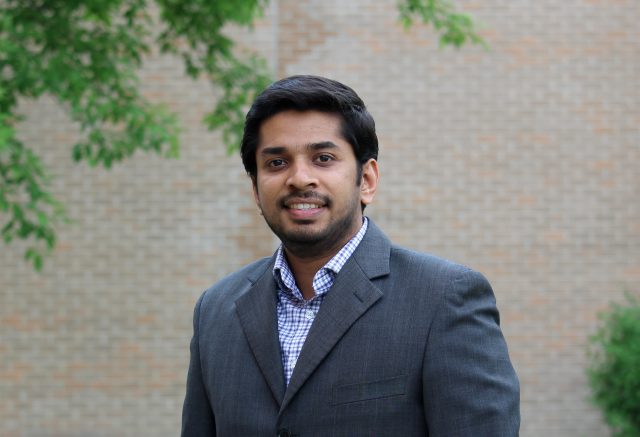 Anand is the Zero Emission Bus (ZEB) simulation modeller and Data scientist with CUTRIC, based in Winnipeg, Manitoba. In this role, Anand is responsible for specific tasks relating to fleet modelling, predictive modelling and empirical data analyses to aid the modelling projects that RoutΣ.i™ team undertakes. Anand is currently completing his Ph.D. in Electrical and Computer Engineering from the University of Manitoba, Canada. He received his Masters in Energy from the Asian Institute of Technology, Thailand and completed his bachelor’s in Electrical Engineering from the University of Calicut, India. Anand is a recipient of various graduate scholarships/fellowships including the University of Manitoba Faculty of Graduate studies research completion award and the Asian Institute of Technology Graduate Student Fellowship. 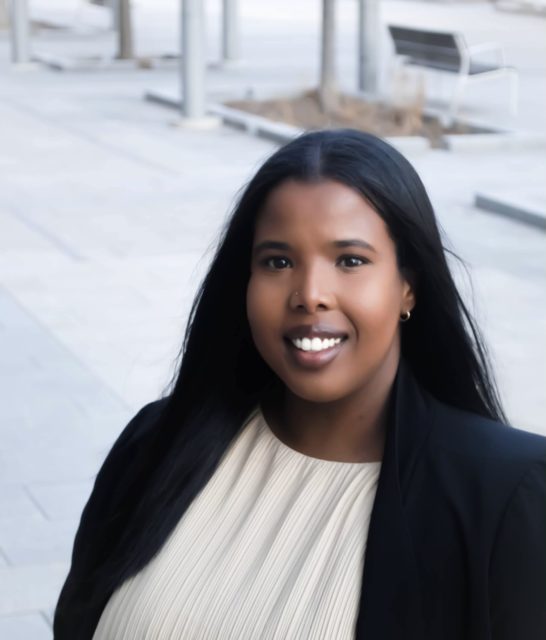 Zahara is the Zero-Emission Bus Simulation GIS Technician with CUTRIC, based in the Toronto office. As a member of the ZEB Consulting Team, she is responsible for working on ZEB predictive modelling and geospatial data analysis, to aid cities and transit agencies across Canada and the US to plan their fleet electrification. She is also working to enhance the functionality of the RoutΣ.i 2.0 modelling tool.

Prior to CUTRIC, Zahara worked in the geospatial field, particularly working with road infrastructure assets, within the transportation industry. Zahara received her Bachelor of Environmental Studies Degree in Geography and Environmental Management with a focus in Geomatics from the University of Waterloo and she also recently received her Lean Six Sigma Green Belt Certification.

Zahara’s interests are primarily related to the use of GIS applications to solve contemporary urban and environmental challenges. She is passionate about the role that smart, sustainable transportation and infrastructure plays in the development of vibrant and resilient cities. 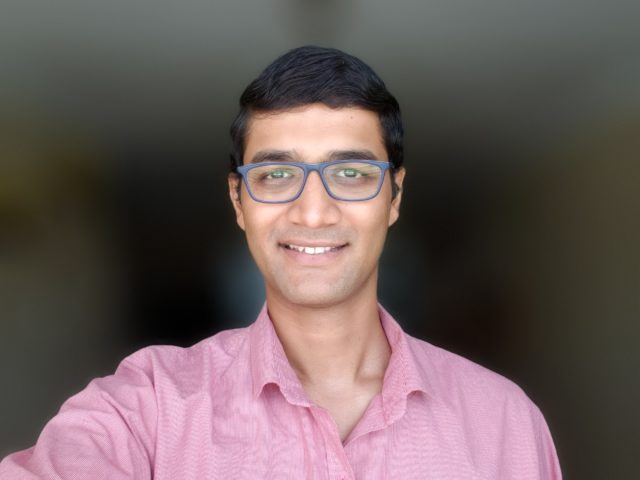 BE – Mechanical Engineering, University of Technology of Madhya Pradesh

Previously, Mr. Basu has worked as a research and development engineer. He was responsible for combustion hardware selection, engine calibration and testing, system validation, on-board diagnostics (OBD), and after-sales field support for common rail diesel engines. He has experience in valvetrain modelling, computational fluid dynamics (CFD), engine development for emission compliance, and has published papers and co-authored chapters for scientific publications such as the Society of Automotive Engineers (SAE) and SpringerLink.

Mr. Basu is currently based in Toronto, Ontario, Canada. 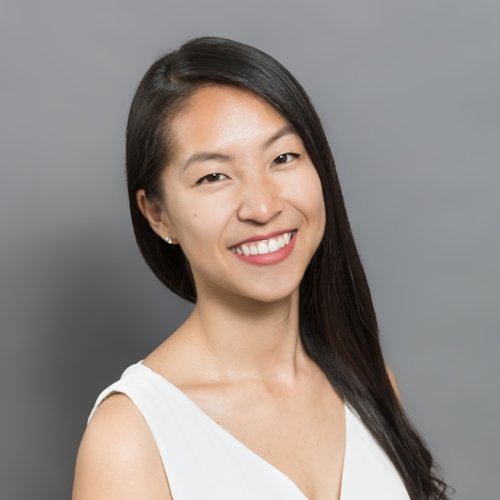 Ms. Shu-Yin is passionate about smart and sustainable solutions to enhance greenhouse gas emissions reductions. Her education and prior work experience has focused on the acceleration towards a low-carbon economy using clean technology and policies that promote economic, social, and environmental benefits. Previously, she completed climate change and sustainability projects with ICLEI – Local Governments for Sustainability as well as the University of Toronto Sustainability Office. 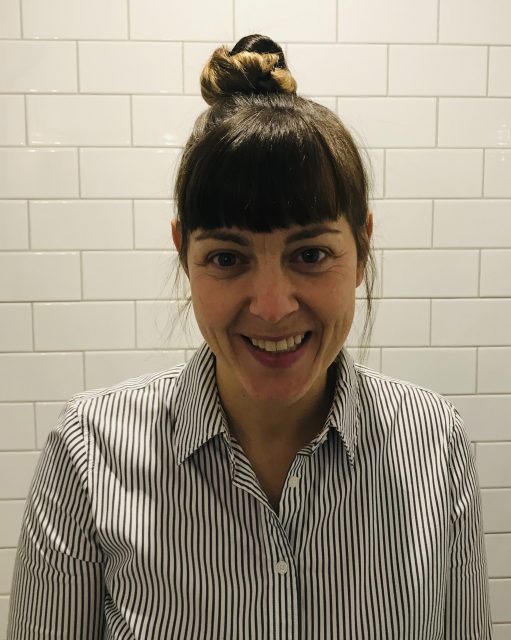 Magali Frenette is the National Membership Success Officer with CUTRIC, based in Québec City. In this role, Magali supports members from Quebec and Ontario in addition to supporting CUTRIC’s public and government relations efforts.

Before joining CUTRIC, Magali received her bachelor’s degree in art history from Université Laval before doing two years of research for a master’s degree in the history of Japanese architecture and urban planning. She was elected City Councilor for two terms while running her own business. 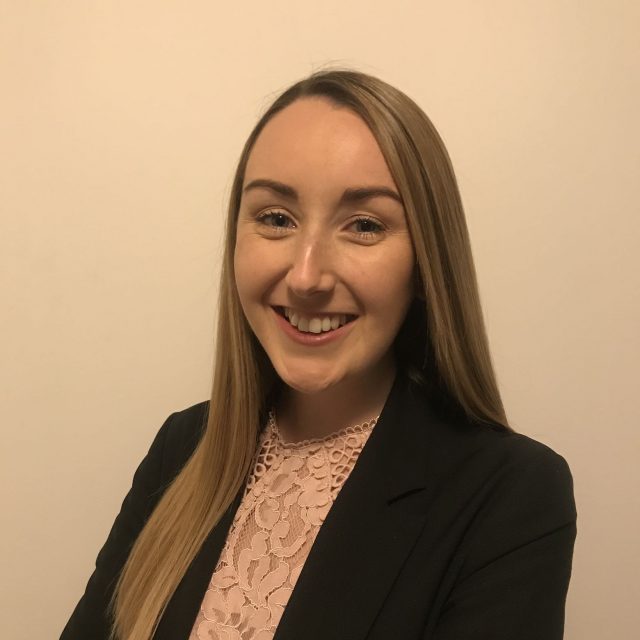 Prior to CUTRIC, Grace worked as an Executive Assistant and Office Manager in Toronto and was previously an ESL Teacher in Austria, Scotland and Spain. Grace received her Master of Arts Degree in Spanish and German from the University of Glasgow, and continues to take professional development courses. 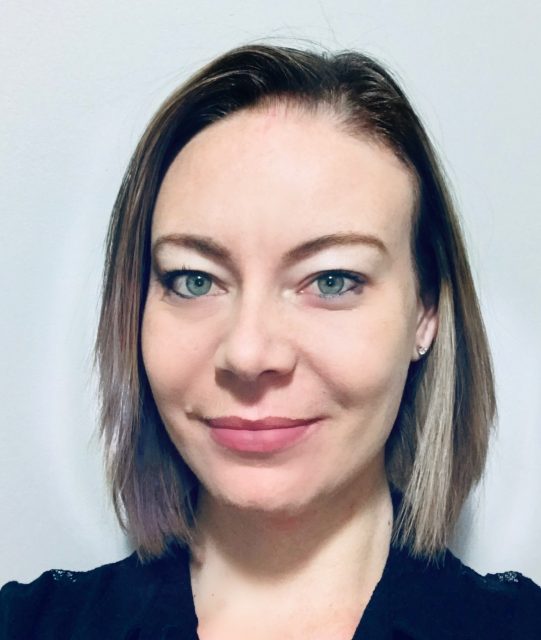 Melissa Heynes is the National Administrative Coordinator & Marketing Lead with CUTRIC, based in Alberta.

Prior to CUTRIC, Melissa worked as a Professional Officer: Marketing & Communications at the City of Cape Town (South Africa) and completed her Diploma in Public Management at the University of South Africa. 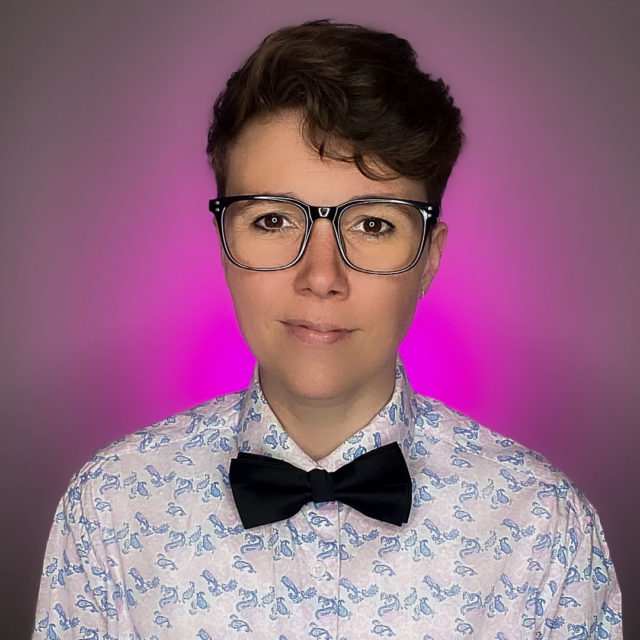 Jess Smith, as the Governance & Funding Proposal Coordinator, coordinates CUTRIC’s governance meetings which include the Board of Director, Committee, and Members’ meetings. They also coordinate CUTRIC’s national and provincial funding proposals.

Jess sits on Fierté Canada Pride’s Board of Directors as Vice President of Governance, and does activist work for the 2SLGBTQ+ community. Prior to CUTRIC, they worked as a Legal Coordinator and Digital Producer in Halifax.

Jess Smith is currently based in Calgary, Alberta, Canada. 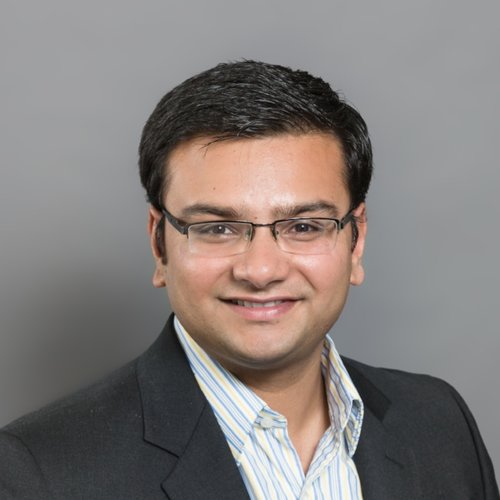 Abhishek is the National Project Lead for CUTRIC’s Pan-Canadian Electric Bus Demonstration and Integration Trial and is based out of CUTRIC’s Toronto office. He is responsible for the project-management of the Phase I and II of CUTRIC’s Electric Bus Project, which strives to deploy multi-manufacture-built standardized electric buses and chargers across various jurisdictions in Canada. This involves participating in strategic planning, resource sourcing, operational evaluation and coordination among internal and external project stakeholders with regards to time bound project delivery within prescribed budgetary limits. He also oversees the program management of the National Academic Advisory Committee associated with the E-Bus project.

Abhishek has completed his Doctorate of Philosophy in Mechanical Engineering  from the University of Waterloo. He had previously worked as a Researcher at the University of Waterloo, Canada and at Masdar Institute of Science and Technology, Abu Dhabi, UAE in the field of Sustainable Energy and Clean Combustion. His interests lie in the interdisciplinary domains of Policy, Energy, Engineering and Environment. 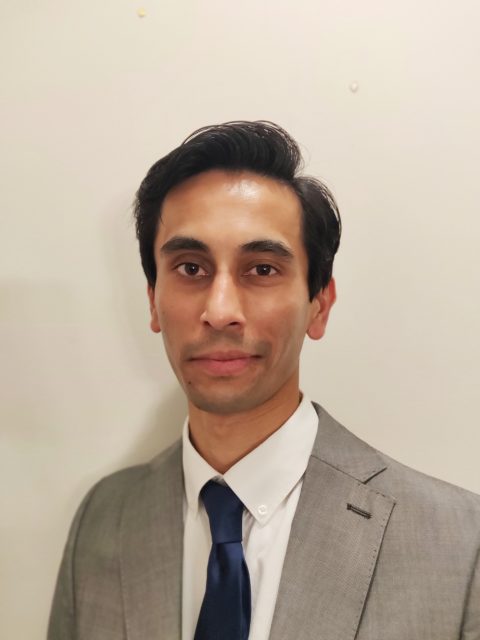 Saumya is Project Manager on the Pan-Canadian Hydrogen Fuel Cell Electric Bus Demonstration and Integration Trial with CUTRIC, based in Calgary. In this role, Saumya manages demonstration and early scale deployment projects with a specific focus on hydrogen based mobility applications.

Prior to CUTRIC, Saumya worked for several years as a project planner on Engineering – Procurement – Construction (EPC) projects in the midstream oil and gas industry. An avid outdoors-person driven by an increasing commitment to climate action, he ultimately reoriented his career to be a direct participant in the energy transition. Saumya went on to complete a Master of Science in Sustainability and Social Innovation from HEC Paris, followed by a Master of Science in Economics and Business Administration with a major in Energy, Natural Resources and the Environment from the Norwegian School of Economics (NHH). Now, he effectively combines his topical postgraduate research and engagement experience with his foundation in energy infrastructure project planning to efficiently deliver commercialization pilots