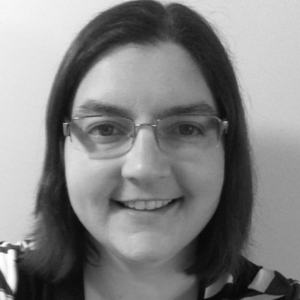 Ms. Anna Murray graduated from Queen’s University with a B.A.Sc in Electrical Engineering and is a registered professional engineer. She is the Senior Program Manager at Hydrogenics with over 18 years of managing complex engineering projects and multi-disciplinary teams of people. Ms. Murray has a varied background in design, application and field engineering, customer and quality management, new product introduction and departmental supervision. She has worked with many large, sophisticated customers all around the world for stationary and mobile equipment in construction, bus, rail, material handling, naval, mining and military sectors. She joined Hydrogenics in 2012 and is responsible for managing several programs spanning the entire international organization. Based out of the head office in Mississauga, Ms. Murray has managed developments for products in all the business areas supplied by Hydrogenics. She has worked on fuel cells for the mobile market, most recently the delivery of a custom fuel cell engine for commuter trains in Germany. She has supplied a complete hydrogen energy system for a remote mine in Northern Quebec. Ms. Murray oversaw the design, development and delivery of a fuelling station for California. She has also worked on large scale Power-to-Gas applications and has overseen the design and installation of a first of a kind plant in North America, which is one of the largest in the world.

Ms. Murray has spent her career working on Engineering design and development within a Manufacturing environment. She is bilingual in English and French. She has extensive international experience in promoting, scoping, designing, reviewing, implementing, integrating and troubleshooting projects or products at customer’s sites. 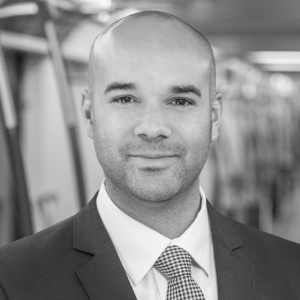 Bem is the Head of Vehicle Programs for the Toronto Transit Commission (TTC), directly accountable for the stewardship of over $2 billion in vehicle procurement, overhaul, and life extension programs.
Current programs include buses (procurement), operational support vehicles and equipment (replacement and growth of non-renewal fleet), and streetcars (procurement). Bem is also responsible for the establishment a Project Management Office (PMO) for the TTC’s Service Delivery Group. In the 15 years prior to this post, Bem held various positions in: subway track and structure; subway rail vehicle engineering; the TTC’s safety and environment department; and most recently in the TTC’s CEO Office where he established the TTC’s portfolio management office. 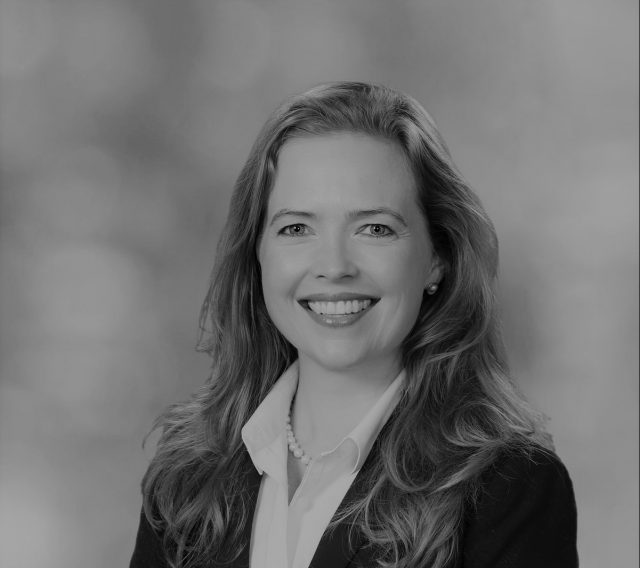 Originally from Toronto, Dr. Theresa Cooke completed college (CEGEP) in Quebec, a BSc in Systems Design Engineering at the University of Waterloo, and a doctorate in neuroscience from University of Tubingen / Max Planck Institute for Biological Cybernetics, with a focus on human & machine perception. In 2007, she joined Siemens’ internal consultancy in New York City, then led Siemens’ global offshore wind strategy group out of Denmark. Since 2010, she has served in various strategy roles across Siemens’ North American energy business. She currently heads Corporate Business Development for Siemens Canada, driving growth through cross-selling, IoT, cybersecurity, and eMobility. She is also responsible for Siemens Canada’s Engineering & Technology Academy (SCETA) and its German-inspired Dual Education program for post-secondary students. Theresa is married with three young children and is a certified professional coach, yoga teacher, and musician with 4 original tracks on Soundcloud. 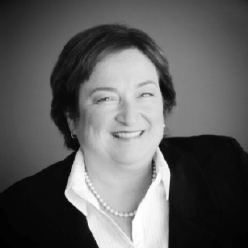 After attending York University, Sue Connor began her career in 1976 working for Canada Post, moving quickly through the ranks of the government agency over the next 12 years in a series of managerial posts. In 1988, she made the move to the transit industry working for Mississauga Transit in a number of positions in their Operations department finally leading that department. Sue was the General Manager, Transit for the City of Brampton the 9th largest city in Canada, a position she held from 2003 to 2017. In this role, she was in charge of a team of 1000+ employees and managed a multi-million dollar budget in one of the fastest growing municipalities in Canada. Currently, Sue is the Director of Transit for the City of Burlington. Sue is currently, the Chair of the Canadian Urban Transit Association (CUTA). 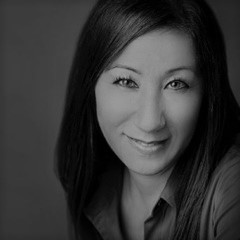 Kymm Girgulis is a Senior Key Account Manager with BC Hydro supporting the Transportation Sector. Kymm has had extensive experience supporting various transportation projects throughout British Columbia as it relates to energy conservation and electrification. In particular, Kymm has worked in strong partnership with Transit agencies, Ports and Airports in the Province. 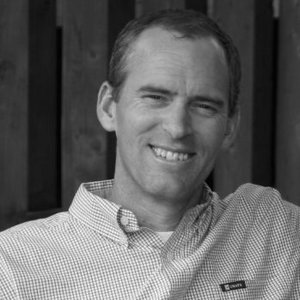 Steve Kay is a licensed professional engineer in the province of Ontario and has worked for Enbridge for 27 years. He has held numerous positions in a number of departments at Enbridge including Operations, Engineering, Product Development, Gas Supply and most recently Business Development. In his current role he leads the Enbridge team charged with developing low carbon transportation solutions where he was instrumental in the compressed natural gas (“CNG”) transit deployment for the Hamilton Street Railway. Steve and his team also recently commissioned three new public access, heavy duty capable CNG refueling stations at truck stops along the highway 401 corridor in Windsor, London and Napanee, Ontario.

Steve has been a guest speaker at numerous natural gas vehicle industry events and was a past member of the Canadian Standards Association Natural Gas Vehicles and Fueling JB 112 committee and is currently a sitting member of the board of the Canadian Natural Gas Vehicle Alliance. He is married with 3 adult children and lives in Chatham, Ontario where he volunteers his time as a board member of the YMCA’s of Southwestern Ontario and serves as Vice-Chair of the Board of the Mainstreet Credit Union. 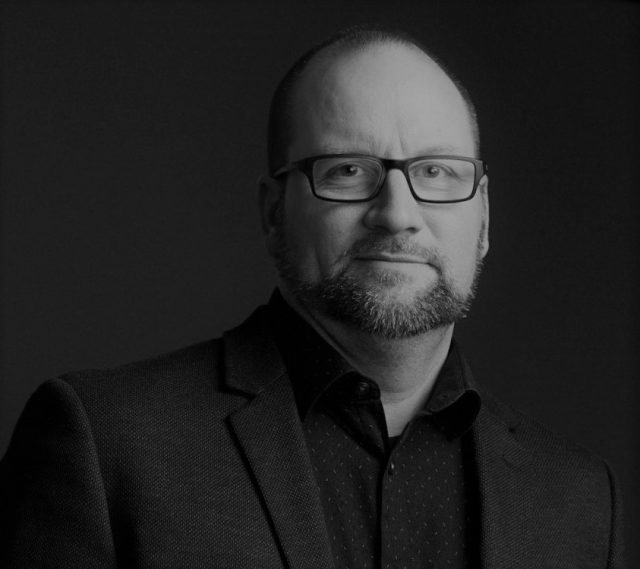 Martin Lapointe is Chief of electrification and embedded system projects at the Réseau de Transport de la Capitale (RTC), which ensures the mobility of people in Quebec City, by providing public transportation and by promoting the integration of different displacement solutions. As an engineer and manager, Mr. Lapointe worked in operations management and in high-tech product developments for companies in the photonic and pharmaceutical industry as well as in the field of LIDAR sensors for autonomous vehicles before joining the RTC to develop, plan and carry out the electrification of the bus network. Over the next few years, RTC will gradually integrate 100% electric buses into its fleet. The integration of embedded systems becomes essential for data acquisition of the state of electric buses in order to ensure the planning of charging sequences and the judicious use of energy. The new systems and the data on board of vehicles will provide an opportunity to generate value and optimize the bus service. 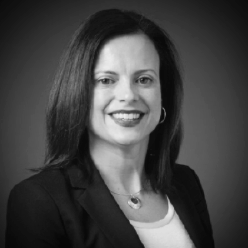 Jennifer McNeill joined New Flyer in 2012 and is responsible for the Contract and Bids Management team, plus the design and delivery of strategic sales support, marketing and related business development programs. She also provides direction for strategic business intelligence activities. Prior to joining New Flyer, Jennifer held senior management and executive positions in engineering, quality, sales and business strategy and most recently was the Vice President Sales, Marketing and Business Development at Standard Aero. Jennifer is a graduate from the University of Manitoba where she obtained both her Mechanical Engineering degree and an MBA. Jennifer is a Professional Engineer. 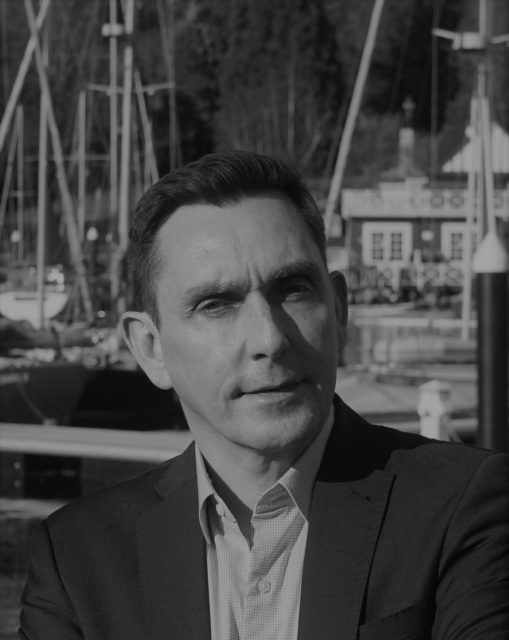 Nicolas Pocard, Director of Marketing, brings to Ballard more 20 years of experience in business development and marketing at international level.

Nicolas Pocard joined the fuel cell industry in 2004 and Ballard Power Systems in 2012. In 2014, he was appointed Director of Marketing at Ballard corporate headquarters in Vancouver. Among his responsibilities, Nicolas looks after market strategy, marketing activities and government relations for Ballard.

Nicolas Pocard is a board member of the California Hydrogen Business Council (CHBC) and of the Canadian Hydrogen and Fuel Cell Association (CHFCA) and he represents Ballard with various Industry Associations and Government forums.

Mr. Pocard holds a degree in Chemical Engineering from ESCOM (Paris) and a Master’s of Science from The Ohio State University (USA). 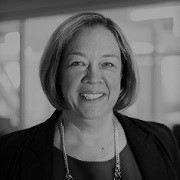 With a broad range of public, private and post-secondary administration throughout her career, Heather provides leadership to support the ongoing expansion of the research and innovation enterprise at the University of Windsor.  In her current role as Executive Director Research and Innovation, she is supporting the research activities, technology transfer, research partnership development, knowledge mobilization and commercialization efforts to move the University’s research results to benefit society. Heather is also a founding Director of the University of Windsor’s Entrepreneurship Practice and Innovation Centre (EPICentre), and continues to pursue research into entrepreneurship through her doctoral studies, with a focus on barriers to women and new venture creation.

Elisabeth-Victoria Walsh joined Nova Bus in 2017 as Engineering Manager for Sales Support and was promoted to Director of Product Planning and Bids Proposals in 2019. Elisabeth-Victoria has over 12 years of experience in product development and has extensive experience in sales operations, management and contract administration. Prior to joining Volvo, she has held various strategic managerial positions overseeing bids and product development in the automotive industry and in research and development in hydrogen fuel cell applications. 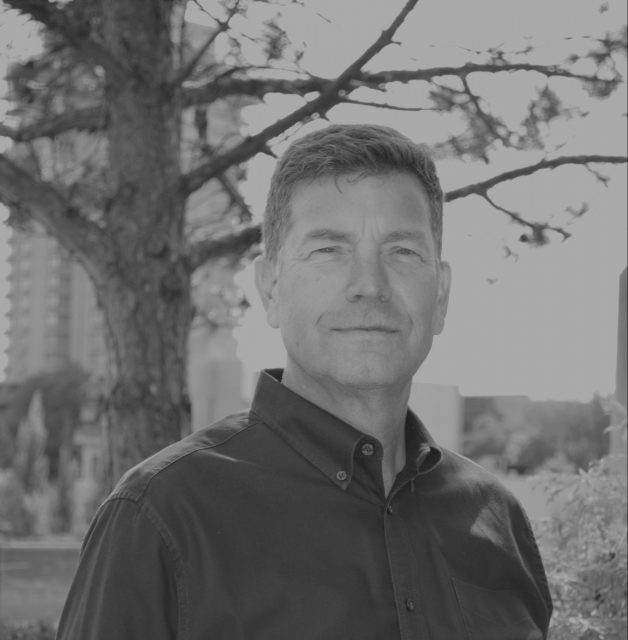 Mark Shorey is Director, Finance for the Thales Global Centre of Competence for Urban Rail and Mobility headquartered in Toronto. A Chartered Professional Accountant, Mark has previously held Director roles in Business Strategy and Business Development involved in both the capture and deployment phases of many large key global projects over his 25 years with Thales. Currently he is responsible for Finance support for Business Development and R&D Operations including  the commercial management of Funding projects.

In addition to holding a CPA CMA designation, Mark holds a Bachelor Degree with Certificate of Honours Standing in Economics from the University of Western Ontario and also sits on the Board of Directors of Innovation ENCQOR. 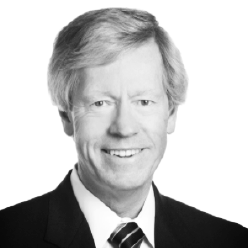 Michael Ledgett is a partner in the Toronto office of Dentons Canada LLP. Dentons is a global law firm with over 180 locations in over 80 countries, including 6 offices in Canada.

Michael is a member of the Board of Directors, the Executive Committee and Chair of the Governance and Nominating Committee of the Canadian Council for Public-Private Partnerships (CCPPP), as well as Honorary Counsel to the Canadian Urban Transit Research & Innovation Consortium (CUTRIC) and to the Ontario Public Transit Association (OPTA).